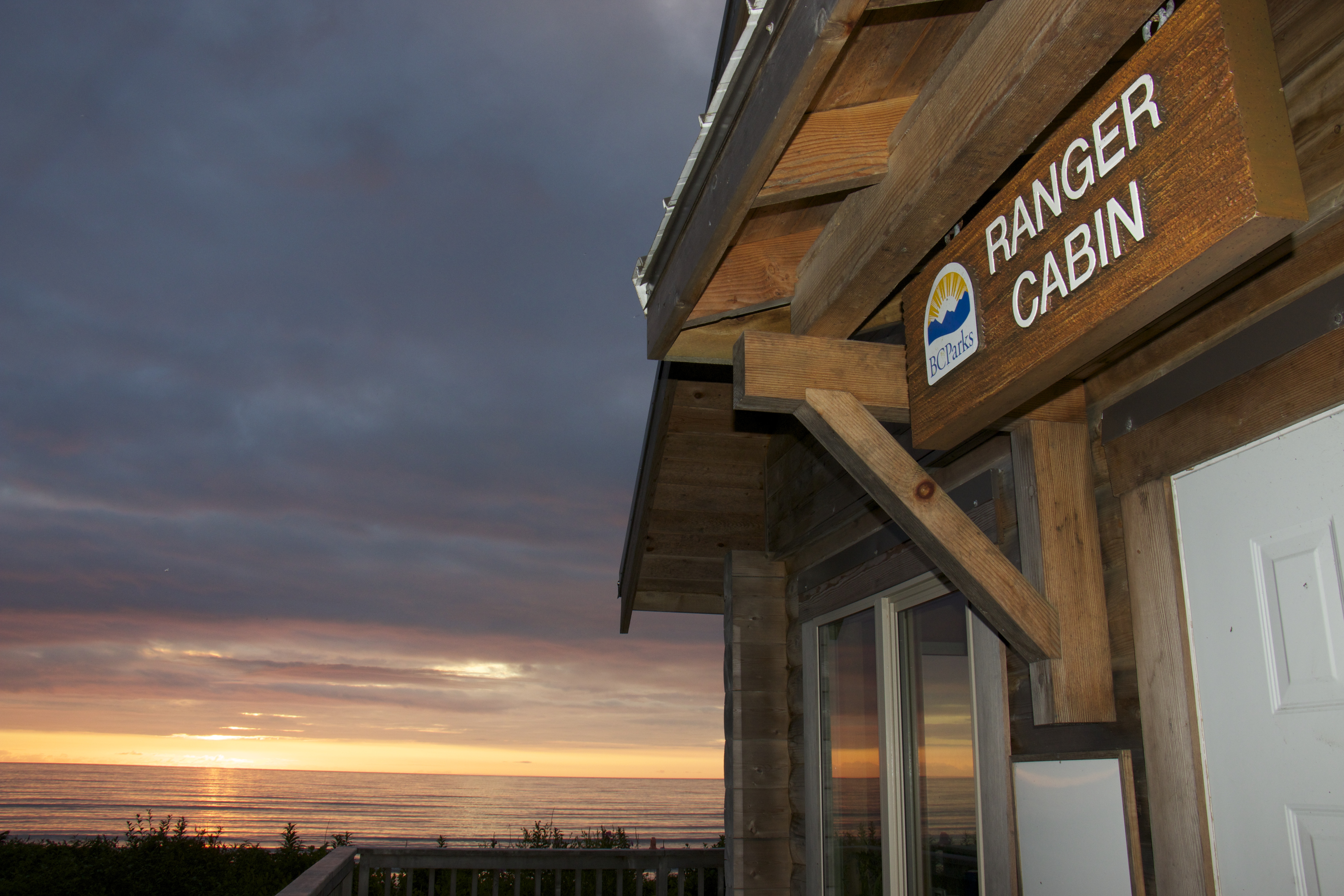 Who else out there is as excited as we are for the start of hiking season! It’s mere days until our official park operations season starts at Cape Scott. Maybe this is the year you’ll tackle the North Coast Trail…. Or perhaps the first time your young ones get out to San Josef Bay. Regardless of the reason, we know you’ll be in great company with our new team that heads out to the Park next week!

We got the chance to talk to each of our staff before they headed out. We asked them about their most memorable outdoor explorations, and what they are looking forward to in the months ahead. So sit back and get to know the newest recruits- you just might want to swap stories about their favourite hike, or what you thought of that book they’re flying out for the summer!

San Josef Bay is staffed by 1 person, who lives in a cozy yurt by the Trailhead. This year Sarah Steel will be joining us as your first point of contact when entering our Park! 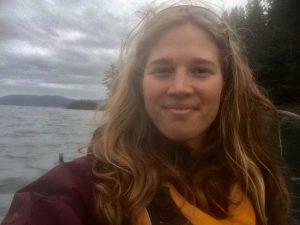 Favourite Hike: Been returning to the High Peaks region of the Adirondacks since I was a young kid

Most excited about this summer: I’m stoked to interact with park guests and to hear stories about their time on the NCT. Also looking forward to some relatively uninterrupted time to interact with the plants, animals and waterways of the North Island

Coolest things I’ve seen in my outdoor exploration: Had a cow moose false charge our helicopter in northern Alberta – that was intense

Next on my hiking bucket list is: It would be pretty cool to hike the entirety of the newly lengthened East Coast trail in NFLD. I’ve also got my eyes on a Patagonia hiking, climbing and paddling combo trip.

Fav camping meal: That mid-trip dinner when you’ve realized you have more leftover fresh veggies than you’d thought and you come up with a Frankenmeal that surpasses all expectations

Book I’m bringing this summer: I’m bringing a miniature library – if folks need reads for the trail, hit me up!

Cape Scott West is always taken care of by a close-knit team of three. They live out of the beautiful cabin at Nels Bight beach, and are responsible for the area all the way from Nissen Bight to Guise Bay! If you are out this way you may recognize Heidi – she worked at San Josef Bay last summer!

Hometown: The West Kootenays/Vancouver BC.

Favourite hike: Do I have to pick one? Mount Gimli in Valhalla Provincial Park. Climbing to the top of Mount Albert Edward in Strathcona Provincial Park last fall comes a close second. I just hiked along the eastern shore of Baker Lake near Mount Baker in Washington, and it was lush and stunning.

Most excited about this summer: Being in the wilderness! I love quiet places. I’m looking forward to meeting folks along the trail, too. I met some wonderful people last season, and I’m sure this year will be no different.

Coolest thing I’ve seen in my outdoor exploration: Too many to mention. Nature is endlessly spellbinding to me, so I don’t know how to answer this!

Fav camping meal: Simple stuff. I like to start off with a cup of instant chicken soup, then eat cheese and crackers with some salami, followed by some snap peas, and then finish off with chocolate or cookies. all while sipping a can of wine (not all canned wine is bad!) Butttttt If a fire is allowed and I’m car-camping: smokies on a toasted bun with kraut and spicy mustard. And chips.

Books I’m bringing with me: Aside from plant and mushroom reference books, I’m bringing The Grapes of Wrath by John Steinbeck, David Sedaris’ Death by Finding and The Pilgrim at Tinker Creek by Annie Dillard, all of which I’ve had for years but still haven’t finished. 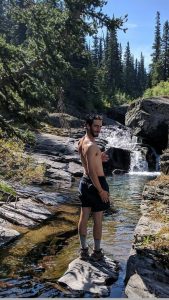 Hometown: Born and raised in Vancouver, 5 years in Victoria

Most excited for this summer: Living remote in North Vancouver island for the summer! I’ve always lived in bigger cities so I’m looking forward to getting out of that rhythm for a few months (Also to see a coastal wolf!)

Coolest thing I’ve seen in my outdoor exploring: Baby sea turtles hatching at our feet in Costa Rica. In BC, a family of elk grazing across from our campsite at dusk near Port Renfrew

Fav camping meal: Have to admit it, I’m a sucker for the freeze dried meal packs, never had a bad experience with Chana Masala or Pad Thai while backpacking!

Book I’m bringing with me: Homo Deus by Yuval Harari, or anything by Wade Davis (BC represent!!) 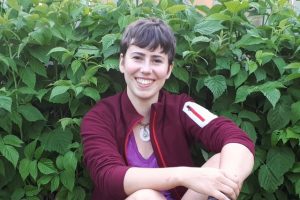 Fav hike: As cliché as it sounds, the West Coast Trail. It’s just such a fun trail with so much variety.

Most excited for this summer: Being able to work outside every day in one of the most beautiful places on earth. I’m also looking forward to meeting and talking to hikers from all over the world.

Coolest thing I’ve seen in my outdoor exploring: This may seem a bit gruesome but… last summer when I was working in Manning Park I heard an awful sound of what sounded like a bird screaming and so I went to see what it was. I followed the screams and a few meters from my tent I saw a flicker being slowly pulled down a ground squirrel hole. It was sad but it was an amazing and unusual aspect of nature to witness.

Next hike on the bucket list: I don’t actually have any specific hikes in mind but hiking in the Yukon is high on my list. I’ve never been and would love to check out parks like Kluane and Tombstone Park.

Fav camping meal: Nothing immediately comes to mind so I’d say any one pot stew-like meal made with home dried veggies and meat.

Book I’m bringing with me this summer: I’m bringing multiple books. Two of them are; Hitman Anders and the Meaning of it All by Jonas Jonasson and The Last Flight of the Scarlet Macaw by Bruce Barcott. I’m also bringing a couple of my plant books.

The North Coast Trail is kept under control by a hardcore team of two who hike and camp across the trail while doing major brushing and chainsaw work every 10 days! This year we have year-round 43K employee, Frank Puddu, leading the charge. He also worked for us last year at Nels Bight, so if you’re a Cape Scott regular you may recognize him from there! 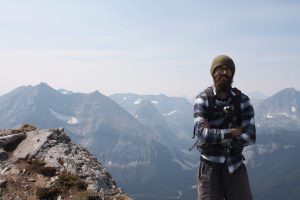 Hometown: Good question! As someone who’s moved frequently throughout my life it’s hard to say. Although, I’ve spent a decent amount of time in Calgary and went to university there. Currently I’m living in Courtenay (and loving it!).

Fav Hike: There are so many it’s hard to choose! I had a great time on the Iceline Trail circuit in Yoho National Park. I loved the high alpine wilderness and the icefields. After this season I’m going to guess the NCT will be my new favourite though!

Most excited about for summer: As I was at Nels last year, I’m excited to see Cape Scott Park from the NCT perspective. Also I hear there’s great whale watching so I’m really excited about that!

Coolest thing you’ve seen in your outdoor exploring: Well, just recently I saw a pod of orcas near Campbell River. They were very close to the shore, and a big one even jumped completely out of the water! This was my first time seeing orcas, so as you can imagine, it was a big deal!

Next hike on your bucket list: I would love to hike Kings Peak. Hopefully I have enough energy between shifts to make a go at it this summer.

Book you’re bringing with you: With no cell service or internet for most of the summer I will be reading lots. First on the list is “Catch 22.”

And the glue that holds it all together, the one who’s seen and done it all in Cape Scott- Dave Wall! He has been with us for 10 years, we’re not quite sure how many times he’s hiked the North Coast Trail (it would be a lot!) but he’s played an absolutely integral part in much of the work that has happened in recent years at Cape Scott Park. From helping build Nels Bight Cabin, to visiting the Park with his assistants (daughters) in the off-season to be sure there is still lots of toilet paper, Dave is the brains and the brawn behind the operation. 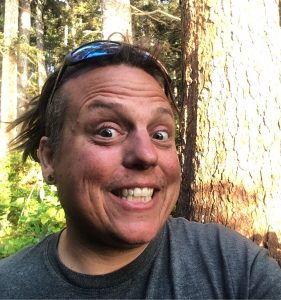 Most excited about for summer: Getting in a few good days of caving while the conditions are dry.

Coolest thing you’ve seen in my outdoor exploration: The coolest thing I ever saw in the outdoors was a megapod of Orca off of Duval Island a few years ago. We were taking the water taxi back from the North Coast Trail when we began to notice the whales passing on either side of the boat. We shut of the engine and watched them swim past for close to half an hour.

Next hike on my bucket list: The Auger Point Traverse in Strathcona Provincial Park

Fav camping meal: Anything that doesn’t come in a pouch. After 10 years of working in Cape Scott I really don’t want to see another dehydrated meal.

Book I’m bringing with me: Something by Kurt Vonnegut. I am not yet sure which of his novels I will read, but I usually read a couple every summer. They are enjoyable and even more importantly they are light.

And there you have it! If you see these folks hard at work this summer- be sure to say hi! 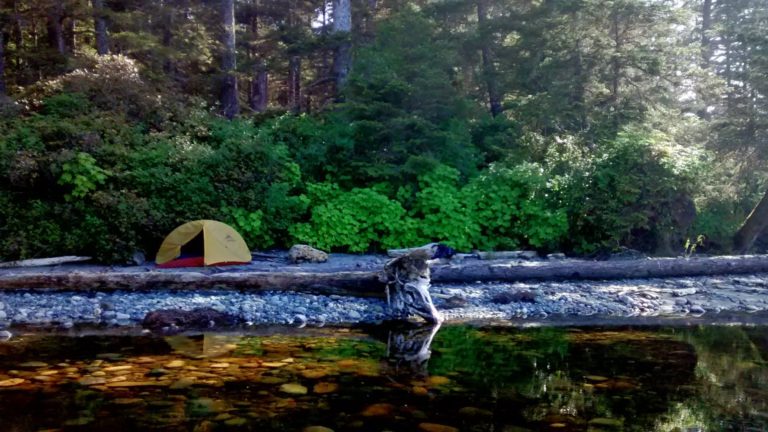 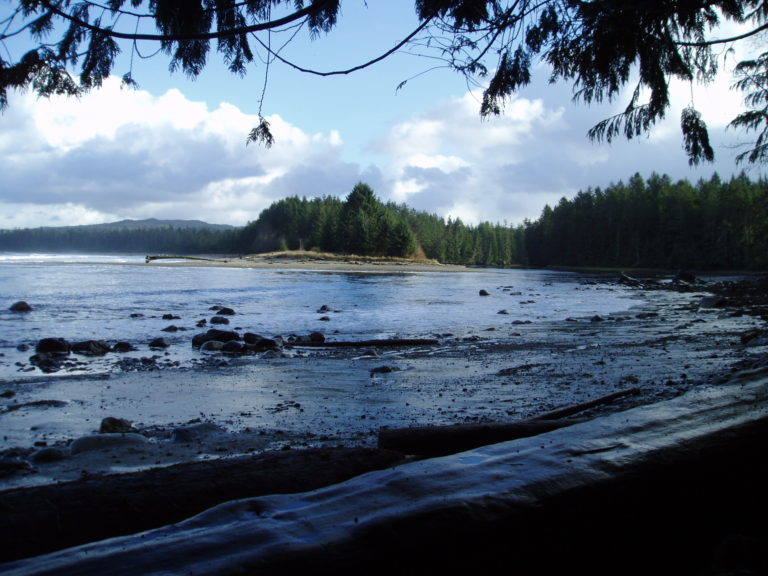 Travelling to Cape Scott in ...