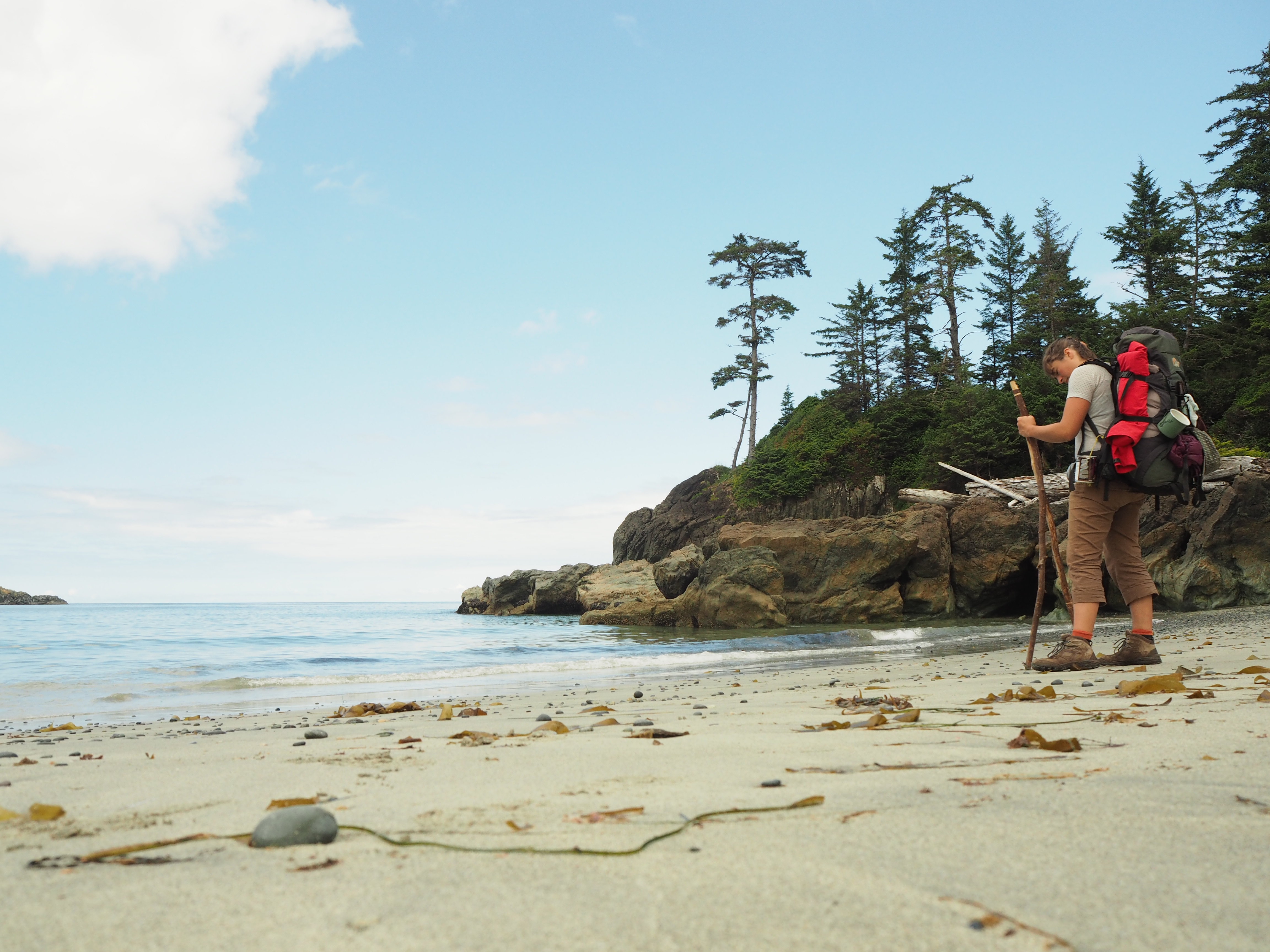 Summer is just around the corner and you’re already dreaming of the long summer days to come. You’re dreaming of the the feeling of a cool coastal breeze on your cheek while you unload your heavy pack. You sit down next to a beachfront campfire to rehash the day’s triumphs and obstacles on one of the most challenging backpacking routes on the wild west coast. But which one?

Chances are you have heard of the West Coast Trail. You may have heard spotty information about a newer route “like the West Coast Trail 20 years ago” called the North Coast Trail. One of them is one of British Columbia’s most iconic and recognizable multi-day backpacking trips to tick off the bucket list. The other, an up and coming wilderness route through some of the least accessible terrain on Vancouver Island. You’ve got limited time for exploring and want to choose the route that’s right for you. That’s why we’ve put together this article- to compare and contrast the similarities and differences between those two routes. We hope that with the information we provide, you can decide which adventure you’d like to take. Rest assured it’s the right one for you (even with it’s own unique challenges)! 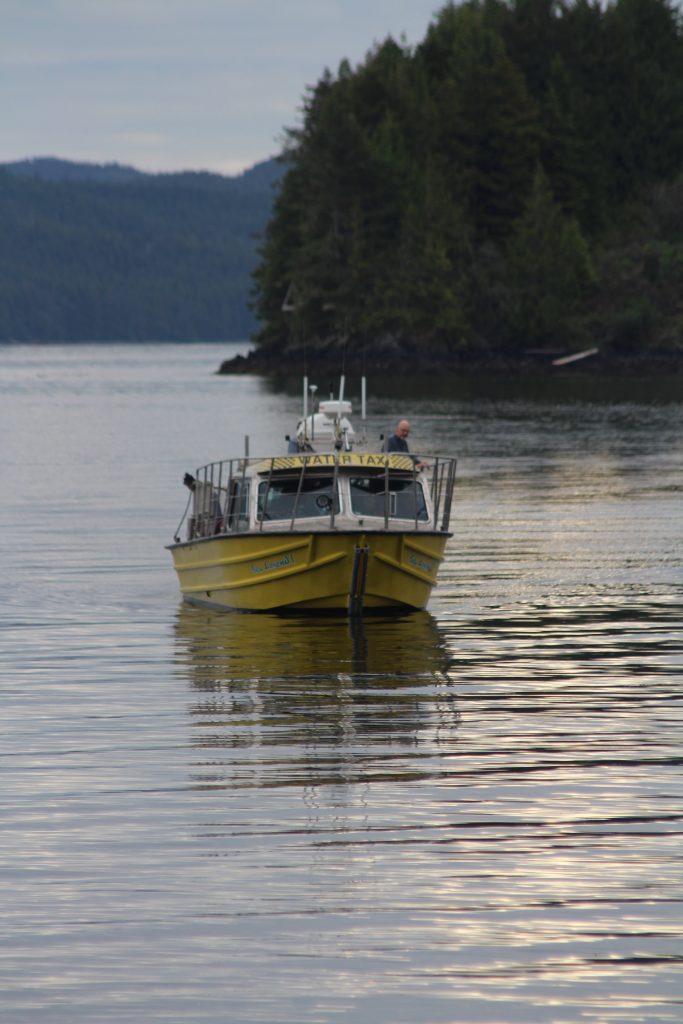 Arriving to the start of the North Coast Trail in style

Let’s start with the basics.

How long are they?

The West Coast Trail – Recommended that hikers take 6- 8 days to complete the full route, which is 75 kms in length.

The North Coast Trail – Recommended that hikers take 4- 7 days to complete the full hike, which is 58 kms in length.

The West Coast Trail –  Works off a strict permit system, with reservations for the May start date of the season opening on January 7 of the same year! The reservation system usually gets inundated with bookings as soon as it opens, so there is no guarantee that you will secure the dates you have requested. When booking you’ll need to know where you want to go, how many hikers are in your group, the names of your emergency contacts and preferred start dates before securing your spot with a credit card. Hiking the West Coast Trail requires some long-term planning and organisation as it is a popular route!

The North Coast Trail – Does have a permit system but does not require an advance booking. Essentially, you make a reservation on Discover Camping to hike the trail but there are no limits on occupancy so you’ll never be denied a reservation. You can book the NCT online the day before and head out the next day! That’s a big benefit. The North Coast Trail makes a great alternative if you have missed the boat on booking early for the West Coast Trail. Or, if you are unsure when your holidays will fall, you can rest assured you will be able to hike the North Coast Trail as it has not reached a saturation point in terms of visitation. The only permit you will need is your BC Park backcountry camping permit (the same as any other BC Parks backcountry pass) which can be paid for up to a year in advance. It is $10 per night per person.

The West Coast Trail – Roughly $317 for permits, camping and ferry crossings (does not include drop off and pick up shuttle)

The North Coast Trail – Roughly $240 for camping, water taxi drop off and shuttle bus pick up 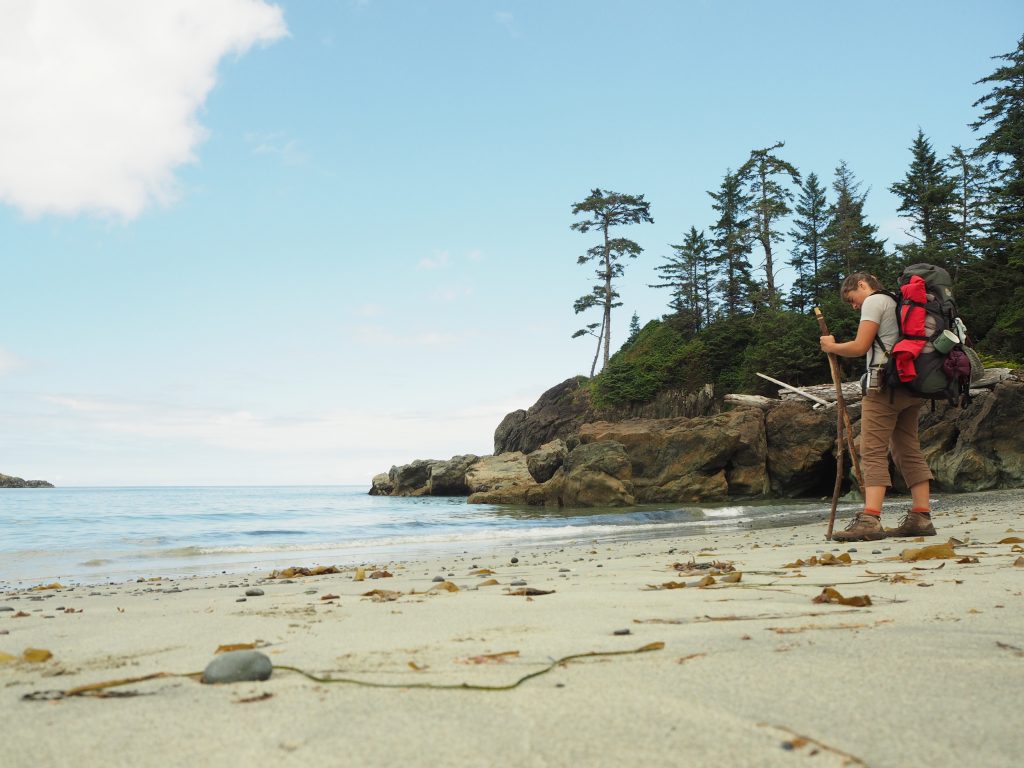 Okay now that you know the basics, let’s get into the interesting stuff that makes you want to visit a place. What are you going to see? What sort of spots are you going to camp? What’s the challenge like? Will you find the solitude you seek? …and of course, what sort of wildlife might you encounter on the route!?

What will you see and where will you camp?

Camping on the West Coast Trail is spread across 13 designated camping spots, all located on or next to the beach. You are able to pitch a tent wherever you’d like to catch a beautiful sunset and swap stories with fellow campers about the day that has just passed.

The North Coast Trail – The North Coast Trail is a wild portion of seaside, rich with both aboriginal and early settler history. It connects the Westernmost point of Canada, the Cape Scott Lighthouse, to Shushartie Bay, a remote and pristine bay on the Pacific Ocean nearby to Port Hardy. The challenging route passes through varied terrain, from striking coastal landscapes featuring lonely sea stacks, monstrous sea caves, rocky headlands and blow holes. You’ll pass over tidal fed rivers on cable cars, across long stretches of deep mud on sun-drenched portions of upland bog and through rich, thick old-growth cedar ignored by the early logging days because of its remote location.

There are seven designated campsites spread across the NCT. They are tucked into nooks on the coast that allow for beachfront campfires, epic sunsets and a view to wake up to like nothing you’ve experienced before. You are allowed to camp anywhere along the trail, so long as you keep your fires on the beach and store your food securely from wildlife- the options are endless!

The West Coast Trail – The route has over 70 ladders, with deep mud brought on by endless amounts of rain. It requires trudging through deep mountain-fed rivers, all while battling the wind and rain with a huge backpack on your back! In the last 10-15 years the trail has been upgraded to make it somewhat more accessible to novice hikers which has diminished the challenge- which is why you’ll see the North Coast Trail called “the West Coast Trail 20 years ago!”
The North Coast Trail – The NCT is still in its infancy, which makes it more rough, rugged and untamed. In it’s 12 years of existence, less than 9,000 people have hiked the route, so it stays relatively wild without much traffic. You’ll hear a lot of people talk about the mud on the NCT- it gets deep and pretty endless! But more than 50% of the hike is on beaches. 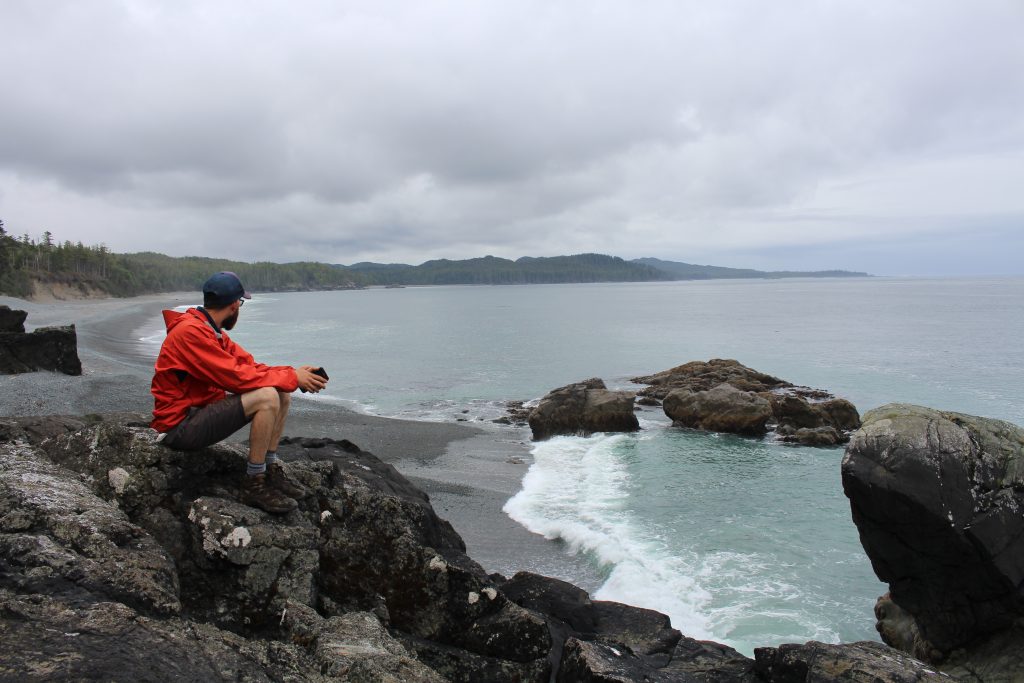 There’s plenty of lookouts along the way on the North Coast Trail!

How many people hike it?

West Coast Trail – Over 7,500 hike the track every year. The West Coast Trail is an internationally well-known bucket list hike for backcountry enthusiasts. Parks Canada limits the number of people who can hike the trail. They have put in place a daily limit of up to 30 people who may leave the trailhead from each direction each day, making it much more likely that you will be camping with a large group of people.

North Coast Tail – Less than 1,000 people make the trek each year. If it is solitude you seek, the North Coast Trail is for you. It is not uncommon to hike all day, rest for a beachfront picnic looking out into infinite ocean and arrive at your camp spot without seeing another soul. During the core summer months, you won’t be starting the hike with more than 11 other hikers, because that is the maximum number of travellers that can fit on the drop off shuttle! There is no daily limit on any certain date so you can be sure to hike on the days that suit you.

Type of wildlife you might see on the trail?

West Coast Trail – The West Coast Trail is a popular spot for wildlife viewing, although there is less of it than the North Coast Trail purely because of the number of visitors. Although very unlikely, you can encounter cougars, some black bears and at times wolves on the beach sections. Aside from the ones that get your heart racing, you can come across hummingbirds, orcas, grey whales, seals, sea lions and eagles.

North Coast Trail – Seals, otters, sea lions, orcas, grey and minke whales galore- the ocean that surrounds Cape Scott Park is alive with healthy marine life! We remember one Canada Day at Nels Bight when the entire bay was animated with multiple whale species jumping, playing and frolicking all day long while beachgoers excitedly stared on in disbelief at the show in front of them. In addition to large sea mammals, the intertidal zone is rich with tidal pools and surge channels filled with mollusks, bivalves and different kinds of algae. On land, you may come across rare coastal wolves, black bears, eagles, various types of sea birds and osprey.

Now who is ready to book their next visit!! We can’t wait for the season to begin. We hope we haven’t overwhelmed you with information, but there is just so much to write! Both hikes are unforgettable trips that highlight the unique beauty of the amazing island we are lucky enough to call home.

If you have any questions, or insights from doing the hikes yourself please share them in the comments below! As always, stay safe on your explorations! 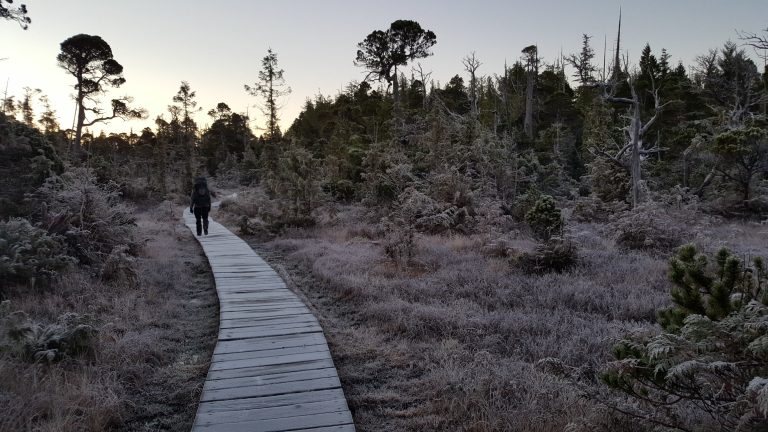 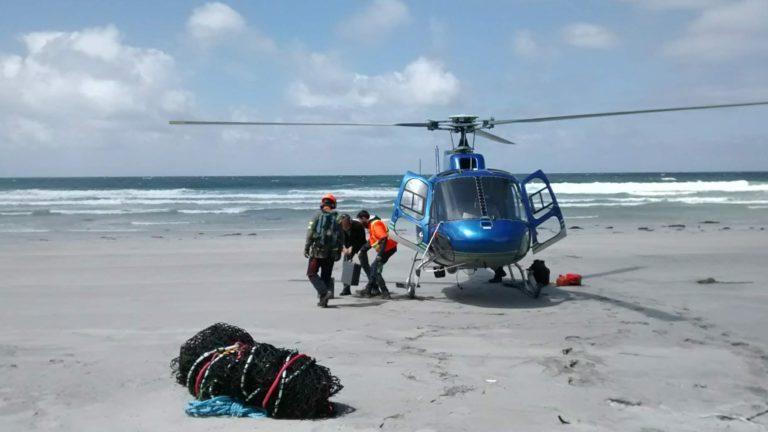 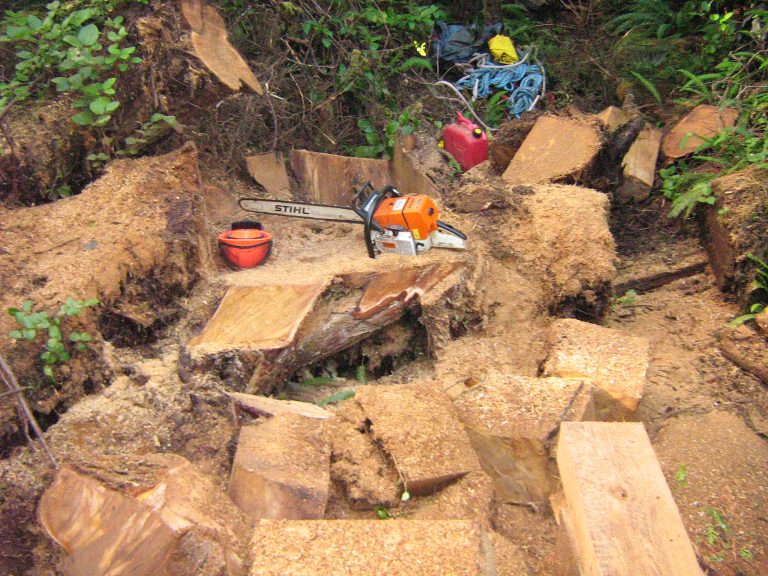